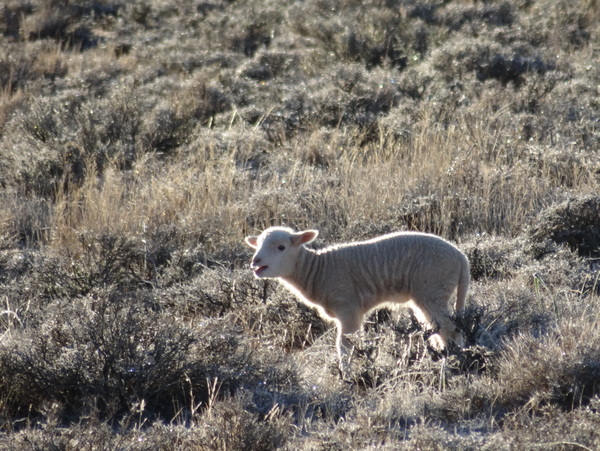 When Jesus was born, the angels appeared to some shepherds to announce this great event. Even though this was the ultimate noble birth – the very Son of the God of all of the universe come to earth – the angels didn’t go to the powerful and famous people of the day. They brought the news to some very ordinary folks, people just like you and me.

Luke 2:8-20 (WEBBE): 8There were shepherds in the same country staying in the field, and keeping watch by night over their flock. 9Behold, an angel of the Lord stood by them, and the glory of the Lord shone around them, and they were terrified. 10The angel said to them, “Don’t be afraid, for behold, I bring you good news of great joy which will be to all the people. 11For there is born to you today, in David’s city, a Saviour, who is Christ the Lord. 12This is the sign to you: you will find a baby wrapped in strips of cloth, lying in a feeding trough.” 13Suddenly, there was with the angel a multitude of the heavenly army praising God, and saying,
14“Glory to God in the highest,
on earth peace, good will towards men.”
15When the angels went away from them into the sky, the shepherds said to one another, “Let’s go to Bethlehem, now, and see this thing that has happened, which the Lord has made known to us.” 16They came with haste, and found both Mary and Joseph, and the baby was lying in the feeding trough. 17When they saw it, they publicised widely the saying which was spoken to them about this child. 18All who heard it wondered at the things which were spoken to them by the shepherds. 19But Mary kept all these sayings, pondering them in her heart. 20The shepherds returned, glorifying and praising God for all the things that they had heard and seen, just as it was told them.

There are two things that we can learn from the shepherds. They were busy working when the angels appeared to them – it says that they were keeping watch over their flock at night. But when they got the news, they realised that this is far more important than anything else at that moment. And so they “came with haste”. They had their priorities straight – God comes first! How often do we allow our daily activities to be more important than God?

They were shepherds – people that were probably more comfortable out in the veld with the herd than in big human gatherings. They weren’t pastors or celebrities or rulers – they didn’t have the ear of the people. And they certainly didn’t have the Internet. And yet they “publicised widely” what they had heard. They knew that this was great news, that it was meant to impact many people. They didn’t care what anybody thought – they shared the good news as much as they could! How often are we too ashamed or too afraid to share the good news?

The good news that we know now is far more elaborate than what the shepherds had. They “just” knew that the Saviour was born – we know what He accomplished in His time here on Earth! Shouldn’t we be shouting it from the rooftops?