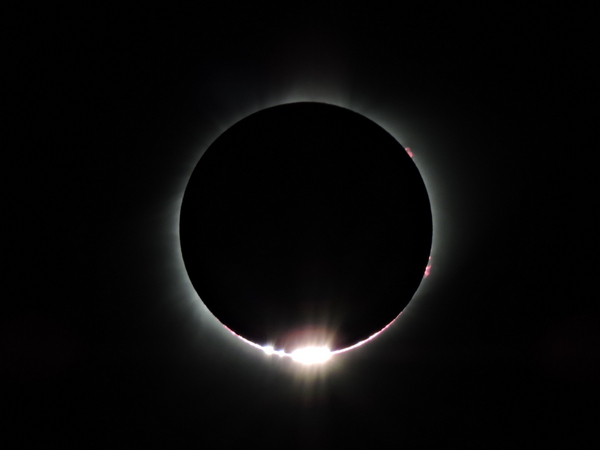 My husband and I spent the last few weeks in the USA on holiday. We chose this time to go since there was a total solar eclipse, and it was just amazing! That really got me started thinking about creation.

God created exactly the right place for human beings to live and flourish. Every single aspect of Earth has to be just right for us to survive. That is pretty incredible already. But not only did He create our awesome corner of the universe, he created a whole big universe to put it in!

If you haven’t seen it yet, get hold of Louie Giglio’s Indescribable DVD and watch it. He goes into a lot of details about how awesome this universe is.

Creating all of the universe, and keeping it all together, makes God pretty awesome in my books. Awesomely powerful. Awesomely creative. But beyond all that it makes Him awesomely loving. He loved us so much that He took time out of a very busy schedule (designing a universe is no simple task!) to add beauty to our world.

When God put the sun and moon in place, He could have just chosen any boring old orbit that would mark the seasons. And then we would never be able to see for ourselves the real splendour of our sun. But instead He designed it so that total solar eclipses would happen, allowing us to see with our own eyes what He created for us.

Psalm 19:1 (WEBBE): 1The heavens declare the glory of God. The expanse shows his handiwork.

Even when (especially when?) the sun is blocked out by the moon, it declares the glory of God.