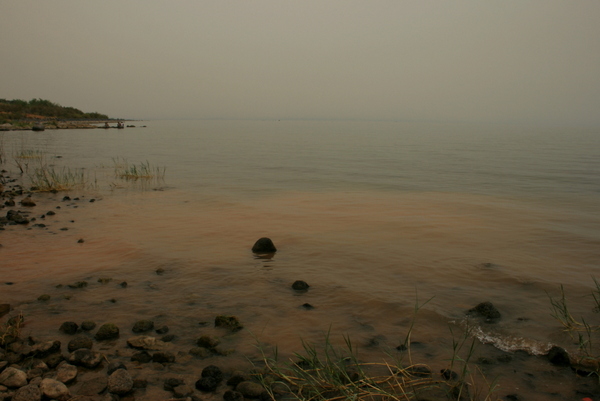 Luke 8:41-42 (WEBBE): 41Behold, a man named Jairus came. He was a ruler of the synagogue. He fell down at Jesus’ feet, and begged him to come into his house, 42for he had an only daughter, about twelve years of age, and she was dying. But as he went, the multitudes pressed against him.

Jairus, the synagogue ruler, came to Jesus to ask Him to heal his only daughter. She was dying. I can just imagine how he must have felt, as a dad that was powerless against the illness that was threatening his daughter’s life. Jesus was the only one who could save his daughter. I can imagine how impatient Jairus must have gotten with the crowd that was in their way, stopping them from quickly getting to his house. Maybe Jairus was blaming himself for taking so long before approaching Jesus.

And then came the worst news that any parent can receive.

Mark 5:35-36 (WEBBE): 35While he was still speaking, people came from the synagogue ruler’s house saying, “Your daughter is dead. Why bother the Teacher any more?” 36But Jesus, when he heard the message spoken, immediately said to the ruler of the synagogue, “Don’t be afraid, only believe.”

Jesus’ immediate reaction was to assure Jairus that there is nothing to be afraid of. And Jesus tells him that faith is the opposite of fear.

Hebrews 11:1 (WEBBE): 1Now faith is assurance of things hoped for, proof of things not seen.

If we hold onto fear, and let it have a hold on us, then we are stuck looking at the present situation. But if we have the “proof of things not seen”, then we don’t need to fear what we see in the physical world.

And Jesus was, of course, true to His Word.

Luke 8:54-55 (WEBBE): 54But he put them all outside, and taking her by the hand, he called, saying, “Child, arise!” 55Her spirit returned, and she rose up immediately. He commanded that something be given to her to eat.

From this account we learn that there is nothing that is big enough that we should be afraid of it. Not even death should cause us to be afraid – Jesus is bigger than that too!

The question that remains is, why should we not be afraid? I am sure that you will agree that you don’t want to experience fear. But there is more to it than that. So lets look at the account of Peter walking on the water.

Matthew 14:24-26 (WEBBE): 24But the boat was now in the middle of the sea, distressed by the waves, for the wind was contrary. 25In the fourth watch of the night, Jesus came to them, walking on the sea. 26When the disciples saw him walking on the sea, they were troubled, saying, “It’s a ghost!” and they cried out for fear.

Now imagine yourself in the disciples’ situation. The fourth watch according to Roman tradition was from 03:00 to 06:00, so it is early morning and still mostly dark. And sea is quite unlike my photo above – there is wind and waves and conditions are generally quite stormy. You are in a small fishing boat that is battered by the storm. And then there is somebody walking on the water towards you!

Honestly, I would not have been any less afraid than the disciples!

Peter applies faith here, which we have already seen is the opposite of fear. He keeps his eyes on Jesus, and performs a pretty amazing miracle in the middle of a storm. It would have even been impressive on a perfectly still swimming pool, but here Peter is walking on a stormy sea!

When we encounter the word “but”, everything changes to the opposite of what it was a moment before.

Here we see the effect that fear has on us. Peter took his eyes off of Jesus and looked at his circumstances. “He was afraid” and that fear displaced the faith that he had to start with. And so he began to sink.

Matthew 14:31-33 (WEBBE): 31Immediately Jesus stretched out his hand, took hold of him, and said to him, “You of little faith, why did you doubt?” 32When they got up into the boat, the wind ceased. 33Those who were in the boat came and worshipped him, saying, “You are truly the Son of God!”

Jesus didn’t just leave Peter to drown. No, He immediately stretched out His hand to save him. And only then did He admonish Peter for doubting.

God won’t leave us to drown in our troubles if we call out to Him. He will save us regardless of how many times we fail to believe. But that is not the best way. God intends us to have faith for ourselves, so that we can move our mountains ourselves.

John 14:27 (WEBBE): 27Peace I leave with you. My peace I give to you; not as the world gives, I give to you. Don’t let your heart be troubled, neither let it be fearful.